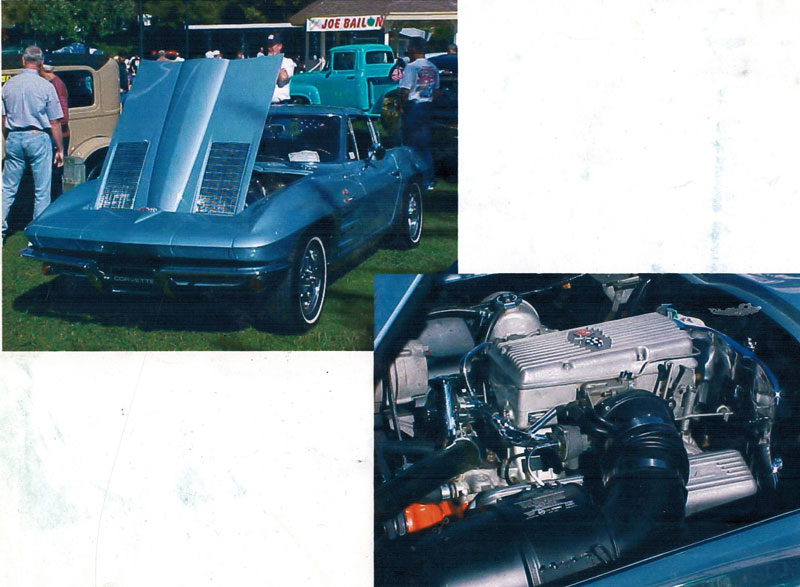 Bob loved to race, but he has developed a second passion: show cars. One of his all-time favorite show cars was the 1963 Corvette Stingray.

He bought the car in the year 2000 from a man who wanted to sell it because it wasn’t running anymore. The VIN numbers all matched, and it had the original engine, so Bob had it shipped to California all the way from the east coast. Bob took apart the engine and had a friend take a look at the fuel injection system. The problem turned out to be a tiny hole in the diaphragm. After a quick fix and the reassembly of the engine, the car started right up!

The factory ’63 Corvette was the first model to go by the name “Stingray”. It featured a V-8 and tons of add-ons like fuel injection or an automatic transmission. One stand-out feature of the 1963 ‘Vette is the back split-window.Most classic car collectors saw this window as a flaw. It made it difficult to see out the back window when driving. They would modify the car using the full back window from a ’64 Corvette instead. Bob, however, did not want to do this. He kept this car as original as when it came off the assembly line. Of course, the biggest feature of the 1963 Corvette Stingray was the all original independent rear suspension that became standard in future models.

Out of the 21,513 Corvettes Chevy produced in this year, only 2,610 had the factory fuel injection that Bob’s car had. Since the fuel injection system was so new at that time, there are few surviving cars. Bob was proud of the time he got to spend with his before selling it and hopes to get another one someday.