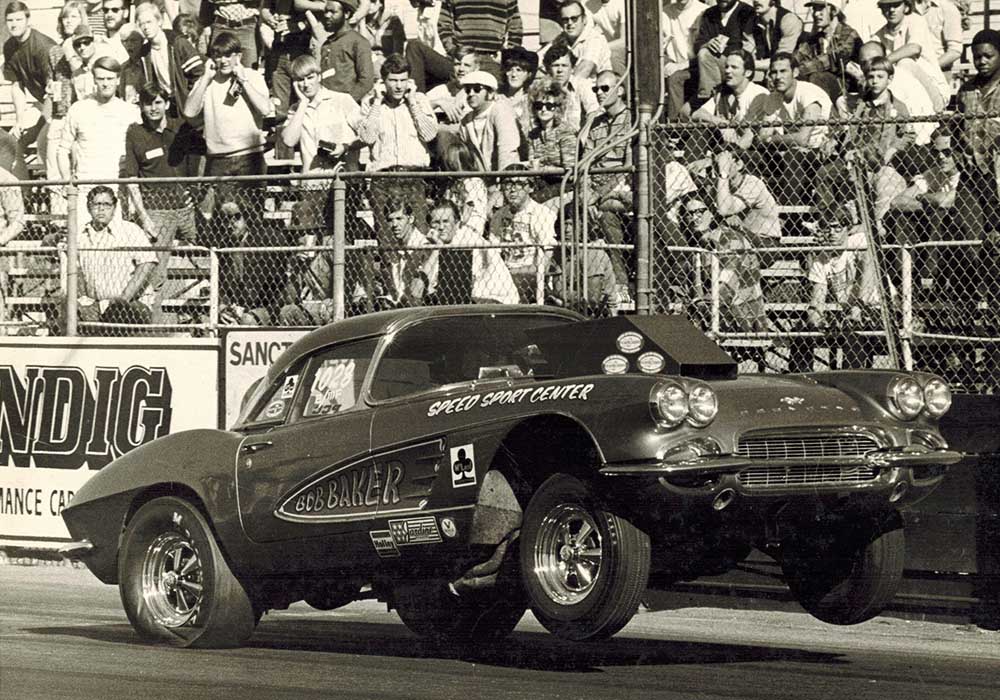 Turning faces with a classic piece of history!

This picture, taken in 1971, shows him leaving the line at Lyons drag strip in Long Beach, California. The crowd is in awe as the front of the car looks towards the sky. You can see “Bob Baker” printed on the side.

Bob loved this car, and he even drove it around town. It was completely street legal. Turn signals, lights, horn, and even the radio were all functional. He would just take the muffler off when it came time to race.

They made 10,261 Corvettes in 1961. They were originally all convertibles. They offered an auxiliary hard top as an add-on, as you can see in Bob’s picture. With 6 color options, optional power windows, heater, and AC unit, the 1961 Corvette was a powerful luxury sports car. The base model featured a four speed V-8 with a fuel injection system, and was the first Corvette model to include the 4 tail lights that became the standard even for Corvettes today. They were sold brand new for just under $4,000. You can get one now for upwards of $100,000… or you can just build a time machine.